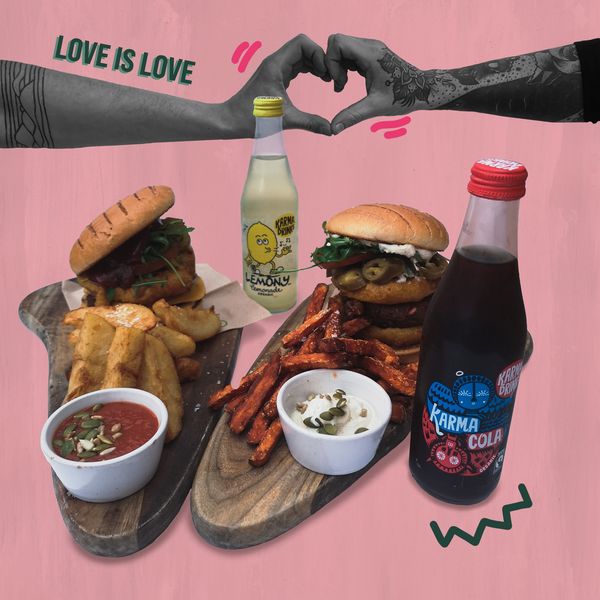 February 10th, 2021 Posted by Aaron Wong News No Comment yet
The Dessert Selection Box is the first of our exclusive Valentine’s Day specials, available this Saturday and Sunday.

Burger Bundle:
Grab two of our signature burgers – the Tofish burger, the Rodeo burger or the Ultimate burger for £22.95, served with our original Triple Cooked Chips or delectable Sweet Potato Fries.
For £27.95 you can add two drinks from our fresh, organic cold drink selection, ranging from Lemony Lemonade, Karma Cola, Gingerella and Kombucha.
Self Love Quinoa Bowl
Our health packed Quinoa bowl consisting of Quinoa, spinach, sticky teryaki tempeh, cucumber, edemame beans, peanuts, slaw and bali dressing is on offer this weekend for £10.95 and with one of our freshly made sacred juices it’s £15.95.
The Naughty Burger & Soft Drink
A homemade seitan patty topped with two onion rings, homemade bacon rashers and smoked melted cheese, tomato, gherkins, then smothered with BBQ and burger sauce, served with a choice of triple cooked chips (ketchup) or sweet potato fries (garlic mayo). The tastiest vegan burger in Cardiff for £13.45!
Curry & Rice Duo
Your choice of either Spinach Tofu or Chana Masala, enjoy 2 portions for £16.95, perfect for 2 people! Add to it with 4 pieces of Bhatura bread for an extra £3.
If you’re looking to send a gift to a loved one you can’t see this Valentine’s Day, or looking to treat yourself in these difficult times, these boxes are perfect for indulging and gifting! Here are the different desserts you can order for your box:

Each order will be packaged in a 100% recyclable cake box, adorned with beautiful and sustainable decorations.

You can also include your own personal message for free, handwritten on a nice little tag. Or, if you want to include a message but are unsure of what to write, let one of our team write a message to your beloved free of charge!

Due to the exclusive nature and the entirely handmade nature of these boxes, we are advising people to place their orders before Friday for collection or delivery on Saturday or Sunday! 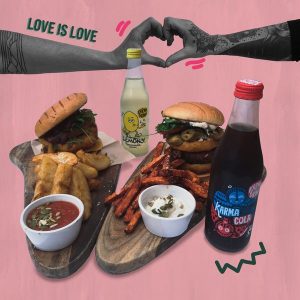 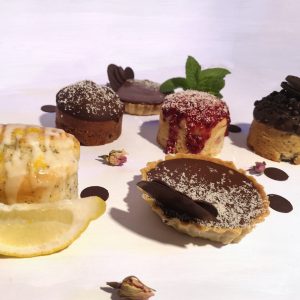 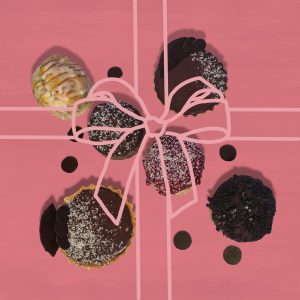 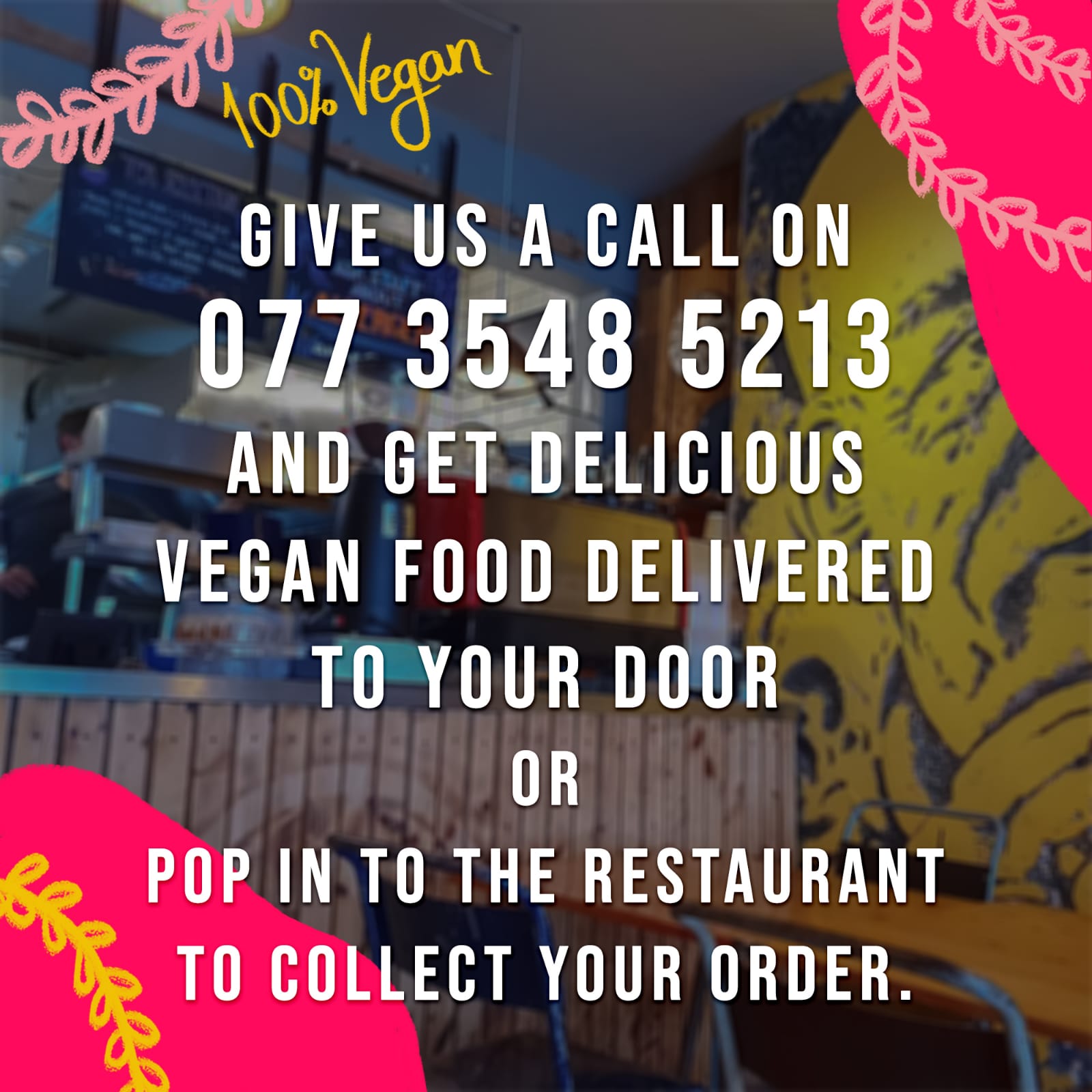 January 5th, 2021 Posted by Aaron Wong News No Comment yet

Dear all customers of Anna-Loka, the business has undergone new management and has been shut for a few months. But we are finally back and ready to cater to our loyal customers who are dying to eat our famous delicious burgers. We are currently offering takeaway and delivery service due to the current Tier 4 lockdown restriction and we are also in the middle of launching our new online ordering platform. 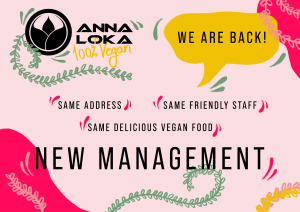 We are opening today at 5 pm and all customers who come to Anna Loka will get a FREE Vegan Mango Lassi on us as a thank you.

Can’t wait to meet our past, present and future customer of Anna-Loka. 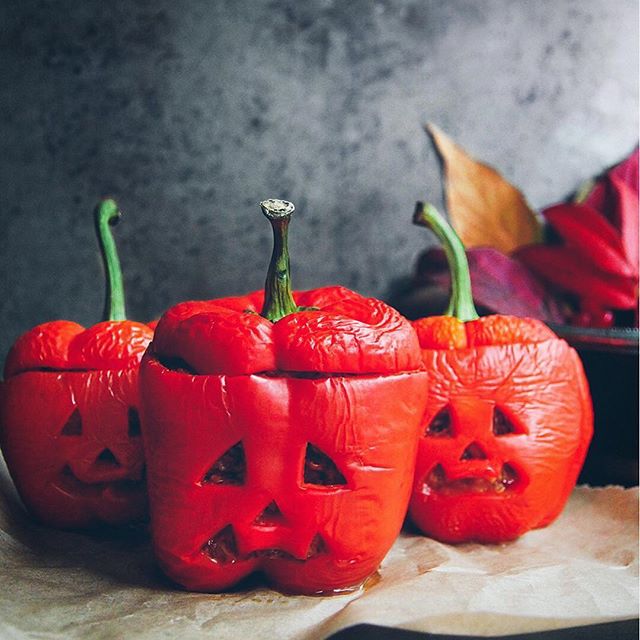 It’s that time of year again the leaves are falling, the coats and scarves are out, and we are getting are pumpkin carving kits at the ready.

Halloween is celebrated in many countries on the 31st of October, originally a time to remember the dead.

Now it is widely believed that many Halloween traditions originated from ancient Celtic harvest festivals and such festivals may have had pagan roots, apparently these festivals were Christianized by the early Church. But some believe however, that Halloween began solely as a Christian holiday, separate from the harvest roots.

Today Halloween has been massively commercialised, and many people now do things like trick or treating, costume parties, carving pumpkins, bonfires, watching horror films and going to haunted attractions. But there are also church services were loved ones of the deceased will light candles on their graves to remember and celebrate their lives.

Did you know that Christians historically abstained from eating meat on All Hallows’ Eve? This is a tradition reflected in the eating of certain vegetarian foods on this vigil day, including apples, potato pancakes, and soul cake’s.

This Hallows Eve at Anna-Loka we are holding a psychic supper you won’t want to miss all customers receive a psychic reading accompanied by a delicious four course meal.

Here is a link to one of our favourite blogs for a few frightening vegan recipes to get you inspired for this year. 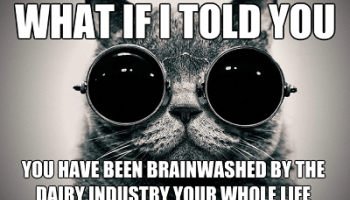 Why Dairy Milk Is Bad For You

Today’s milk is a processed food. Until the end of the 19th century in Europe and the beginning of the 20th century in the US, milk was consumed unpasteurized or raw. Later on, homogenization became the industry’s standard. These processes further alter milk’s chemistry and actually increase its detrimental acidifying effects.

Under current industrial methods, cow’s milk is often a toxic brew of man-made ingredients like bio-engineered hormones, antibiotics (55% of U.S. antibiotics are fed to livestock), and pesticides—all of which are bad for us and the environment. For example, unintentional pesticide poisonings kill an estimated 355,000 people globally each year. In addition the drugs pumped into livestock often re-visit us in our water supply.

We are the only animals on the planet who take another animals milk and drink it for consumption. We are biologically designed to drink our own mother’s milk. Would you go and put your mouth to a cow’s nipple and start drinking it? It’s not a naturally occurring desire in my mind.

The biochemical make-up of cow’s milk is perfectly suited to turn a 65-pound new born calf into a 400-pound cow in one year. It contains, for example, three times more protein and seven times more mineral content while human milk has 10 times as much essential fatty acids, three times as much selenium and half the calcium. Some may like cow’s milk but drinking it is both unnecessary and potentially harmful.

Despite popular opinion, recent studies and exposes have shown that dairy can actually create osteoporosis in our bones. Not only do we barely absorb the calcium in cow’s milk (especially if pasteurized), but to make matters worse, it actually increases calcium loss from the bones. This increases your risk for fractures and more.

Many of the animals today are factory farmed and abused. Those are just a few of the reasons why milk isn’t the most optimal of foods for our bodies. But remember that it doesn’t stop there. Milk is found in cheeses, yogurt, non-vegan ice creams, whey protein, whipped creams and any type of dairy product.

Check out next weeks blog post to learn about the large selection of milk alternatives and why there better for you. 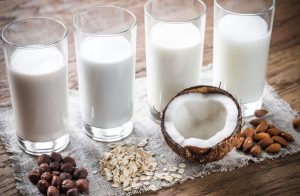 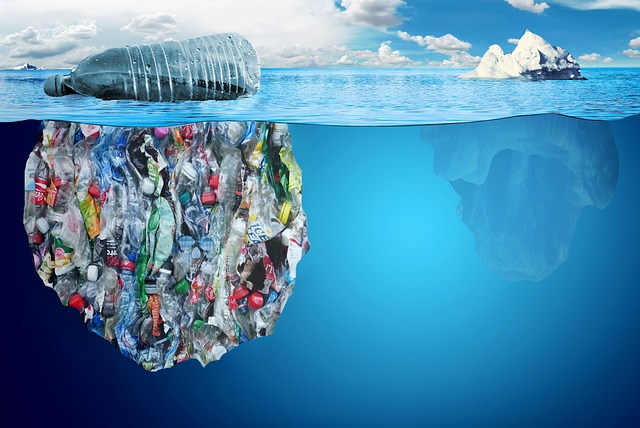 Everything here at Anna-Loka has been up-cycled,from the chairs to the lockers and even the light shades. Everything that gets used here is biodegradable and recycled. We have a zero waste policy.

Here is a few facts about plastic and the damage it’s doing to our oceans.
Enough plastic is thrown away each year to circle the Earth four times.
Over the last 10 years we have produced more plastic than during the whole of the last century.
We currently only recover 5% of the plastic we produce.
The average person throws away 185 pounds of plastic every year.
35 billion water bottles get thrown away each year.
It takes 500 – 1,000 years for plastic for plastic to degrade.
1 million sea birds and 100,000 marine mammals are killed annually.

Here are a few tips on how you can help with plastic waste.
Recycle every single day.
Re-use shopping bags, containers etc.
Buy a re-usable mug to buy your coffee in everyday, you will also save money on this.
Avoid plastics that have got BPA in them (a chemical used to make plastic)
Volunteer at beach clean ups.
Spread the word, tell your family and friends and get people doing the right thing for our planet.
Thanks for reading.
🙂 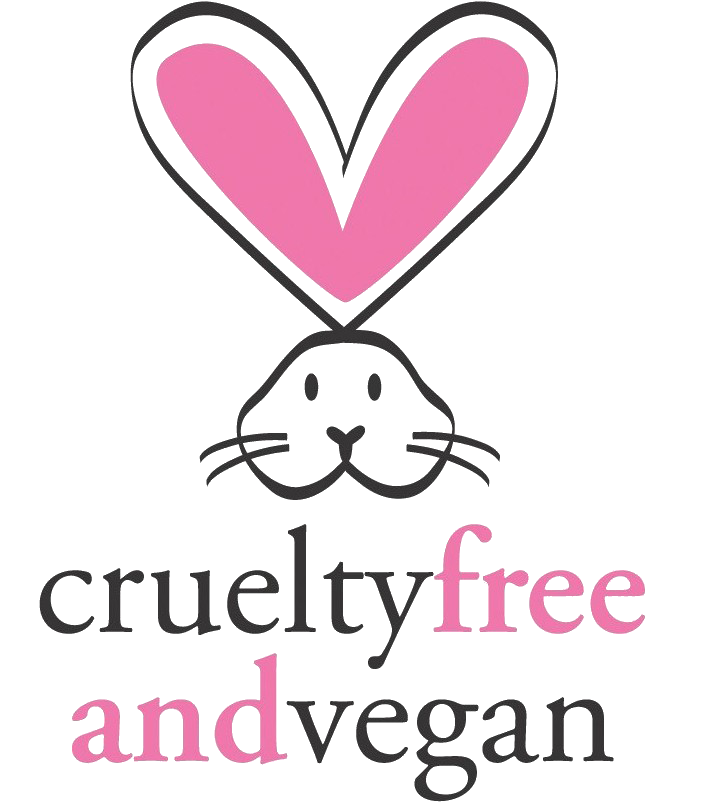 You will be delighted to know that ALDI UK has been certified cruelty free for its entire own brand range of cleaning products.

Having a massive company like ALDI becoming cruelty free shows just how many people are becoming aware of the suffering of animals involved in household cleaning products.

Not only are there cleaning products vegan but they have many vegan food products for sale.

There are three and half times as many vegans in the UK than there was in 2006 making it the fastest growing lifestyle movement.

For your health, for the environment but most importantly to stop the suffering of animals. 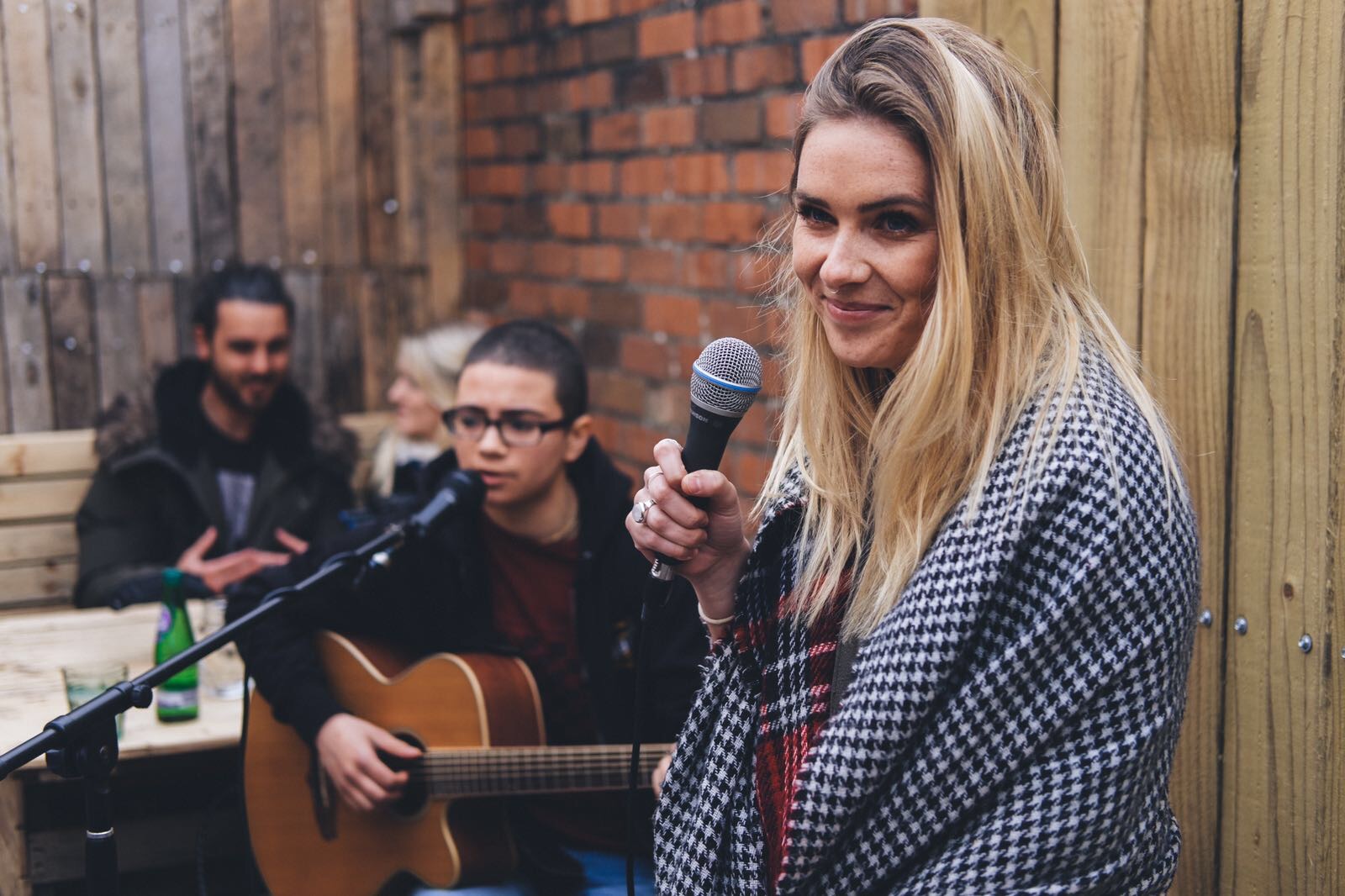 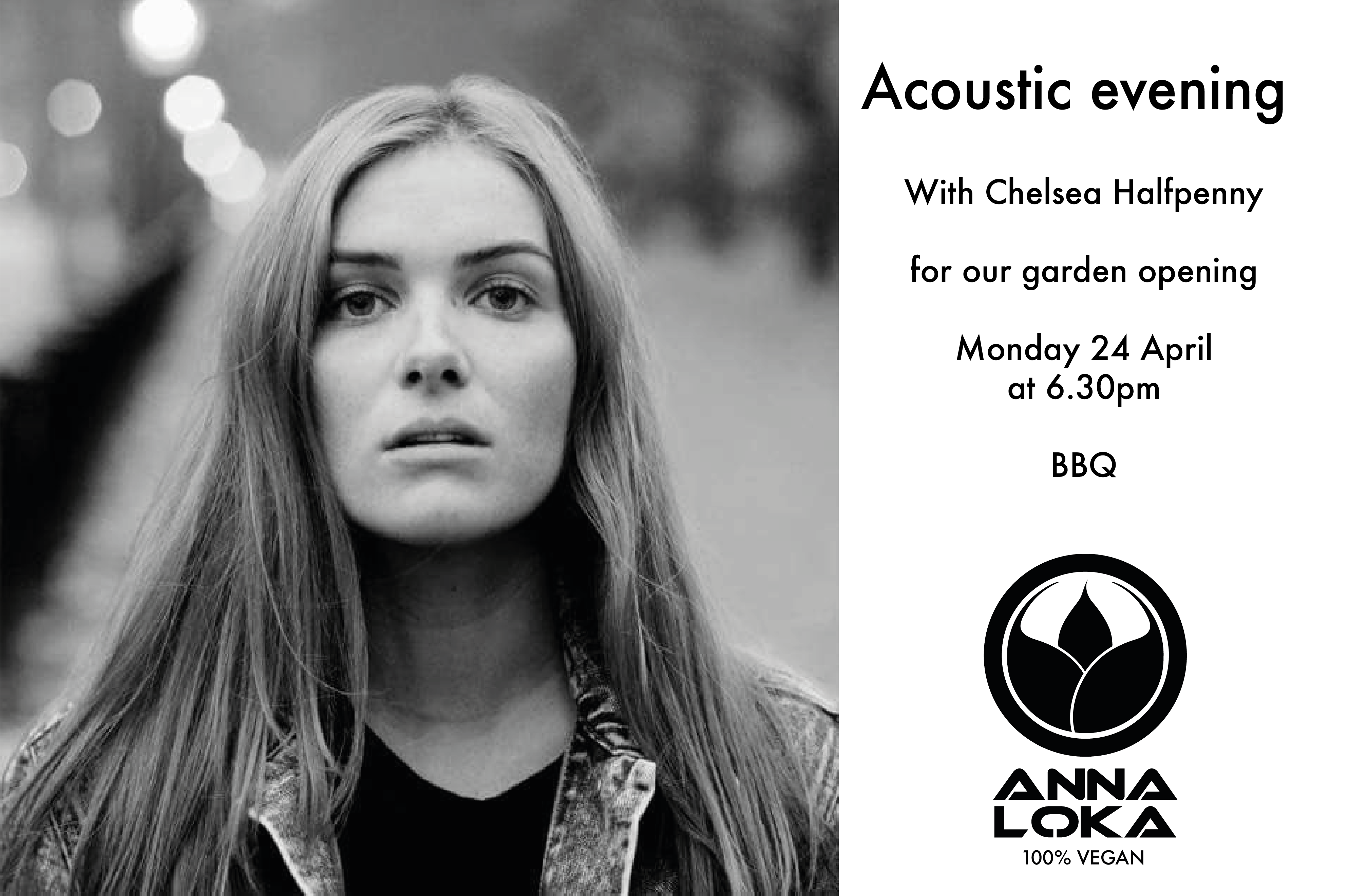 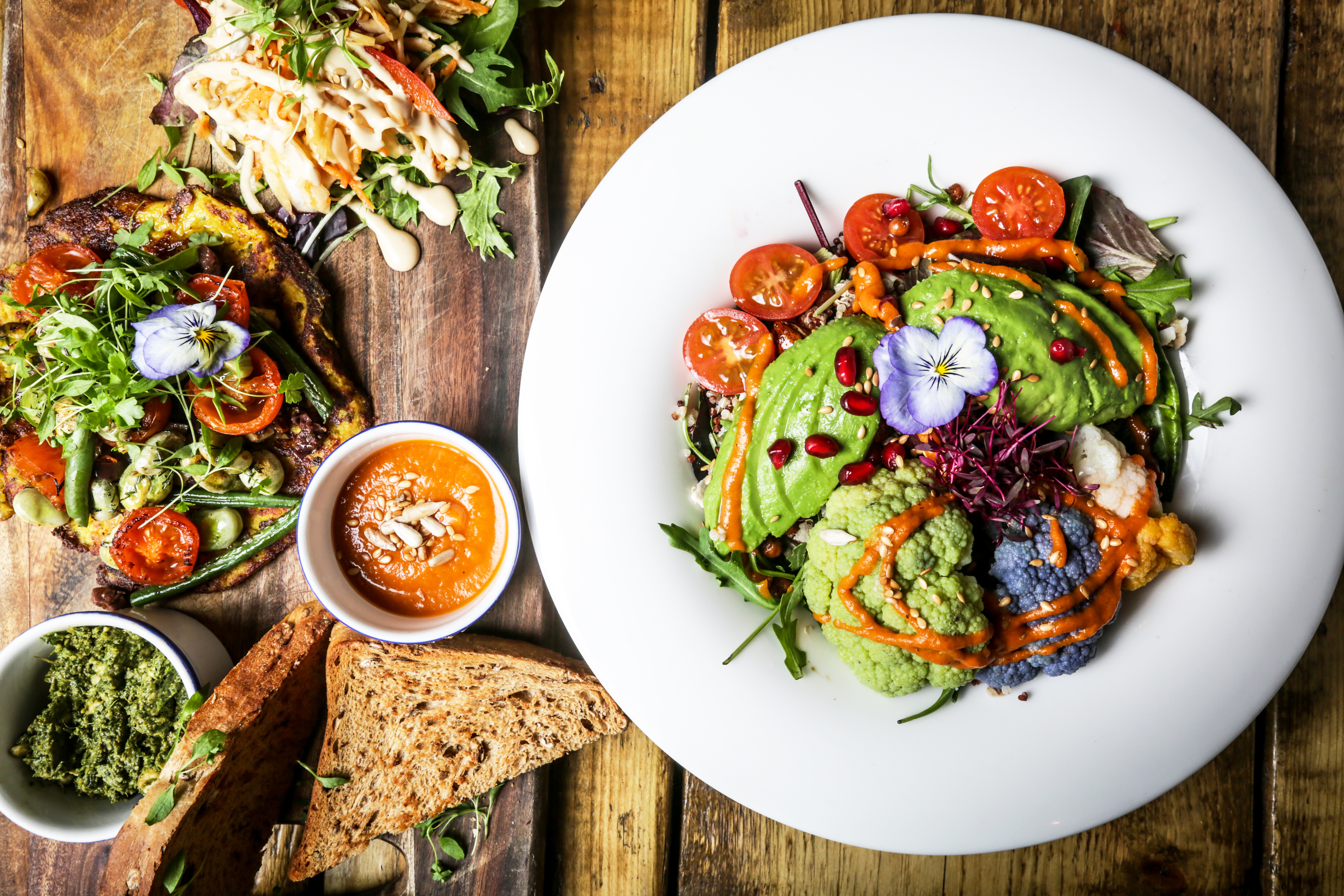 March 17th, 2017 Posted by Aaron Wong News No Comment yet

It’s that time of the year again! Discover our new spring menu!

You can consult our menu here 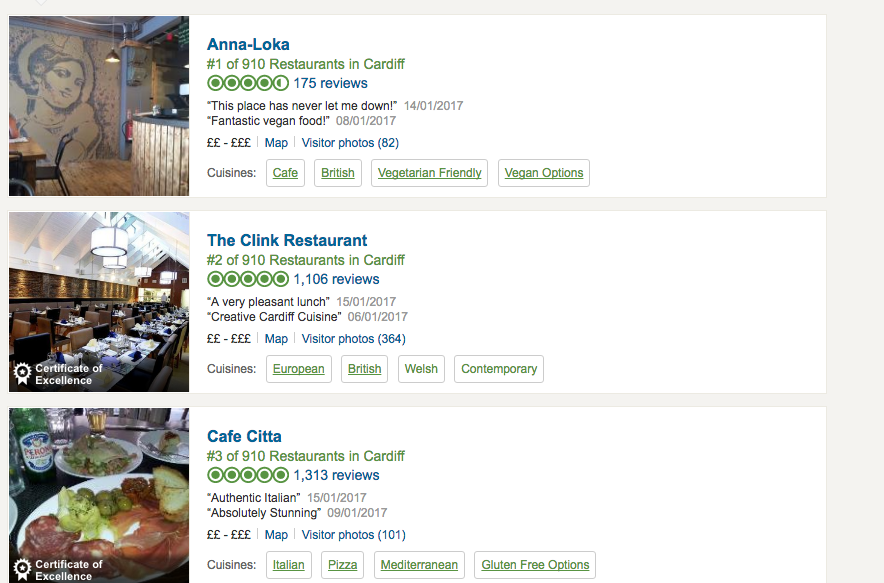 January 9th, 2017 Posted by Aaron Wong News No Comment yet

Cardiff only 100% vegan restaurant, Anna Loka, got ranked #1 on TripAdvisor, all categories. Thank you so much for making this dream a reality! Adam. 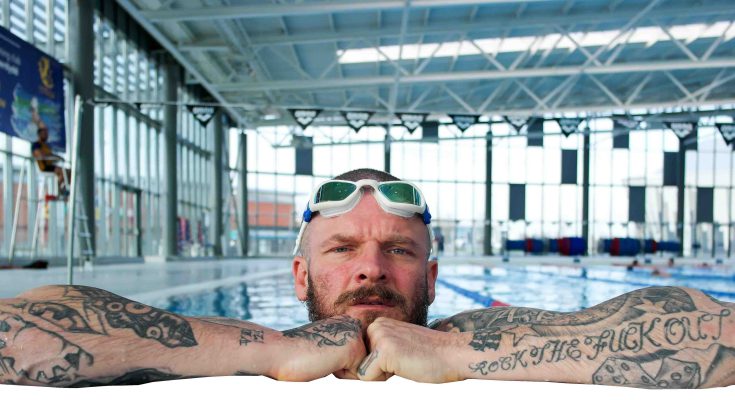 March 9th, 2016 Posted by Clik News No Comment yet

ANNA-LOKA is proud to sponsor  Matthew Pritchard to reach this fantastic achievement of 30
Consecutive half iron mans and doing it on a completely vegan diet and in doing so raise an enormous amount of money for charity so please get involved and help out where you can….